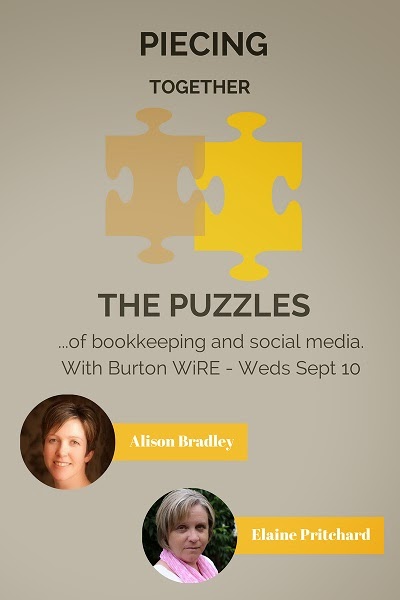 I am looking forward to passing on some practical tips on how to get the best out of social media for your business at the September meeting of Burton's WiRE - Women In Rural Enterprise - networking group.

I'm sharing the guest speaker slot with co-leader and bookkeeper Alison Bradley who will be offering advice on how to make financial matters less taxing.

WiRE meetings are held monthly from 7-9pm in Burton-on-Trent and are an affordable way for working women to network and benefit from the support and advice of other local business owners. You DON'T have to be a member of WiRE to attend the meetings in Burton and the word 'rural' has evolved to simply indicate that we're not based in major cities.

For more details - and to book a place - go to wireuk.org/burton-on-trent.html, scroll down to Events and click the green 'Book a Place' button underneath the meeting that you want to attend.
Posted by Elaine Pritchard at 09:32 No comments:

What a wordle can say about you and your website 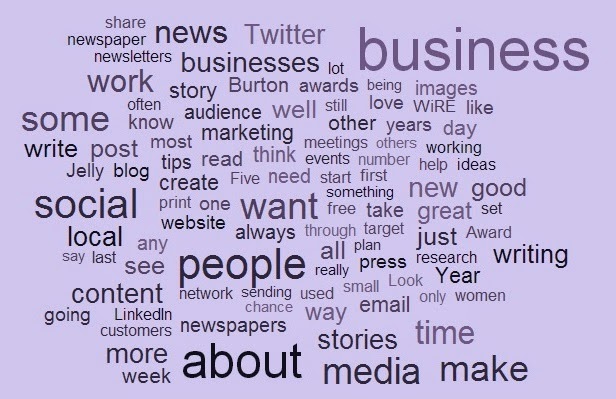 The other day I was playing about with some websites that let you create 'wordles' - images built from words on a specific theme, or created from the frequency of their use on a named website.

As a bit of an experiment I popped my Caittom Publishing website address into one site, and the wordle above was automatically generated. As you would expect, it picks up all the services that I provide and write about, and I love the emphasis on certain words and the phrases you can put together from them.

Leaping off the page to me, for instance, is "Social media for business is about people".

Businesses can achieve great results if they harness the enthusiasm of their own employees, and the customers who love them, to share their stories on social media and talk about what makes them different from their rivals.

Social media for business is also about listening to people and engaging with them about the issues that matter to them. It's a missed opportunity if you use social media purely as a broadcast channel to talk about your own business.

What would a wordle say about your website content? Are you saying the right things to the right people?

Posted by Elaine Pritchard at 14:59 No comments:

There's no substitute for good communication 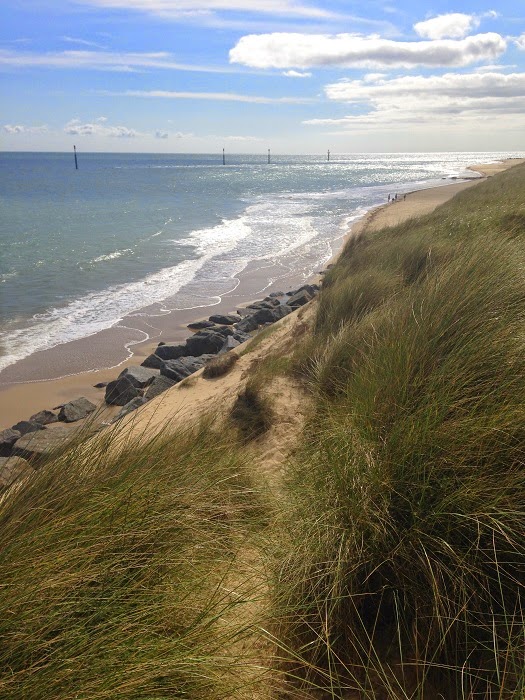 We're back from a relaxing holiday in deepest, sunniest Norfolk.

Yes, it WAS very lovely, thank you.

It was a thorough 'digital detox' with no access to emails or social media - and not even a phone signal where we were based.

Once a day we did walk out of the village to a bus shelter where we discovered we could get two bars of signal (most of the time) so that we could receive a daily text update from our 15-year-old son who was in Germany performing at the World Festival of Children's Theatre.

We were always keen to hear that our son was still having a great time - and sometimes he was having such a good time that the expected daily text wasn't there when we arrived at the bus shelter.

It set me thinking about how technology changes - but not people, relationships or the principles of communication. Before mobile phones and the internet came along - you just had to use other methods to stay in touch.

My husband admitted to me that when he was a teenager on his first solo holiday - a Scout camp in his case - his mum packed him off with a couple of stamped addressed postcards that he could pop into a postbox to let them know he'd arrived safely and give them an update during the week.

Guess what? The postcards were still in his rucksack, unused, when he came home.

In 2014, businesses can benefit from time-saving technology and reach their own staff and their customers online in a heartbeat. But the companies that see the best results are the ones that understand the importance of honest, timely communication that is created with the needs and concerns of the intended audience front of mind. That's something that has not changed down the years, and I don't expect it ever will.
Posted by Elaine Pritchard at 14:14 No comments: