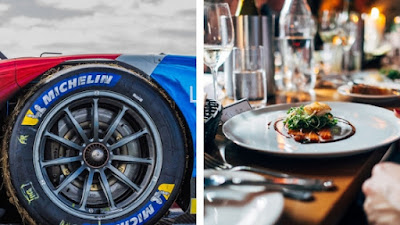 Canny businesses know that there is mileage in using good content to drive customer loyalty – that’s what content marketing is all about.

So let me ask you a quick question: What comes to your mind when I say ‘Michelin’?

Not everyone realises that the famous tyre company shares its name with the sought-after star rating of the world’s best restaurants because almost 120 years ago Michelin saw the potential of using useful, interesting content to grow its business.

Back in 1900 Michelin was known for bicycle tyres, but company founders and brothers Édouard and André Michelin saw an opportunity to grow their fledgling car tyre business by encouraging more people to drive cars and to venture further afield more often, wearing down their tyres in the process.

The first Michelin guide was produced that year in France. At the time there were only 3,000 cars in the whole of France. In an impressive and ambitious leap of faith, Michelin printed 35,000 copies of its guide and gave them away free. The guide included maps, advice for repairing and replacing damaged tyres, details of lovely restaurants you could visit and where to buy petrol.

New, updated guides were produced each year and over time versions were published for countries including Belgium, Germany, Portugal, Italy and many more. Adverts selling products to motorists were also included.

In 1920 it is said that André Michelin visited a garage where he saw a pile of the free Michelin guides propping up a workbench. This may have played a part in the decision to start charging for the guide. Other changes included removing adverts.

The brothers saw there was growing interest in the restaurant listings, so they began to enhance them by organising them into categories and then recruiting a team of inspectors to visit and review restaurants anonymously.

In 1926, the guide began to award a star for what it considered to be the best restaurants. Later the rating system expanded to offer one, two or three stars. Each restaurant’s star rating was reviewed every year and could be either upgraded or downgraded depending on what the inspector found. Today the top three-star Michelin rating is still a HUGE deal to restaurants.

Down the decades the guide has moved with the times and now appears online as well as in print and there is an app as well.

So what can we, as business owners in 2018, take away from the content marketing success story of the Michelin guides?


Images by Quentin Kemmel on Unsplash and Jay Wennington on Unsplash
Posted by Elaine Pritchard at 19:29