A golden ticket to the future

The news that Derby Theatre is planning a community play to mark the 75th anniversary of Derby County’s 1946 FA Cup win has set me thinking about how life can turn on a sixpence.

The phrase ‘everything will turn out for the best’ rings hollow when it seems that the fates are conspiring against you. Maybe it’s a human trait to hold fast to the belief that ‘it will be all right in the end’ and ‘if it isn’t all right, it isn’t the end’.

So, what has this got to do with Derby County football club?

I am a woman who 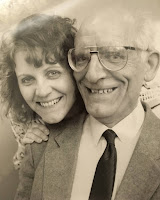 My dad was born in 1930 in Woodville, South Derbyshire. His dad, a coal miner in a local pit, was a Derby County fan and dad followed suit. By 1946, dad was a 16-year-old junior clerk in the offices of one of Burton-on-Trent’s many breweries.

The story that unfolded that year, as Derby County embarked on its only ultimately successful FA Cup run to date, is one that I shared when I was invited by Sandra Garlick to contribute a chapter to her 2020 ‘I Am A Woman Who’ book. 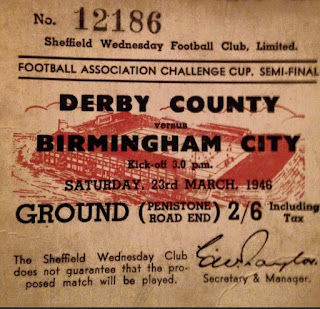 My dad died in 2018 and I think I was still processing that when the opportunity to submit a chapter to the book came along in 2019.

If my dad hadn’t gone to watch Derby play Birmingham City in the semi-final of the FA Cup – and been sacked as a result – he would never have met my mum and I wouldn’t even be here.

That set me thinking about the leaps of faith we all take and the consequences they have. I saw there was a clear line from his decision aged 16 to follow his team (against the instructions of his boss) to a decision I took in my early 20s to resign from a secure job on the Hull Daily Mail. I slung a duvet in the back of my car and drove to London to shift on the national newspapers. Both decisions flew in the face of common sense. I had no work lined up and nowhere to live. But it was as life-changing as my dad’s choice to go to a football game.

My dad was often surprised, in later years, at his impetuous decision – which was made after his boss refused his request to leave work early one Saturday to get to the semi-final in Sheffield.

When I look back I am equally amazed at the calm certainty with which I decamped to London. If I hadn’t, I would never have met Bill and our children wouldn’t be here.

After a year that has been hard for all of us, including creatives and theatre makers, it is great to have things to look forward to and, for me, the Derby community play is certainly one.

I’m currently working on my own first play, about the home front during World War One. I started it before lockdown, devoting Fridays to it in the inspirational surroundings of The Trinity, and have continued to work on it at home in recent months,

It’s a new type of writing for me and one I’m really enjoying exploring. Have you tried a new hobby or activity during lockdown? Creative pursuits can give our mental health a real boost. When you focus on doing, making, or learning something it can distract your brain from endless speculation and catastrophising.

Next week I’ll be exploring the restorative results of reading and writing in an exclusive online ‘lunch and learn’ presentation for the business sponsors of Derbyshire Institute of Sport. I think it may be adapted into a blog post in the weeks ahead.

Posted by Elaine Pritchard at 13:53