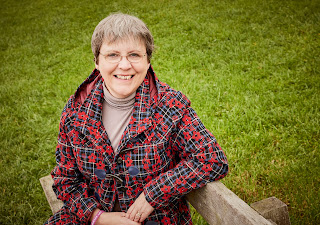 For as long as I can remember I have loved stories.

As a toddler I can vividly recall my dad reading to me at bedtime - doing lots of voices and dramatic performances of Alice in Wonderland and all the Paddington Bear stories.

I was lucky that I went to a fantastic primary school where my love of reading and writing was encouraged. Soon I was writing stories and creating pretend newspapers whenever I wasn't voraciously reading stories, comics, the backs of cereal packets.....anything with words.

At the age of nine I won a storytelling competition on BBC Radio Derby. This led to me becoming one of a number of local youngsters who featured each week on their Saturday morning Calling All Children show. We would cram into a tiny studio each week, which led to us being known as 'the sardines'.

I had the chance to do some celebrity interviews - Roger Whittaker was one of the first - and wrote book reviews and went on outside broadcasts to places such as East Midlands Airport and Stapleford Park. This opportunity convinced me that I wanted to write for a living - and I did.

After A Levels I ignored the careers advisers who wanted me to go to university. The thought of spending three years in lectures and exams when I could be out in the real world was more than I could bear. I went to Sheffield to do a one-year course run by the National Council for the Training of Journalists, after which I started what I always believed was the best job in the world.

I worked for a wide range of local and regional newspapers around the UK, including the Coalville Times, the Derby Telegraph, The Hull Daily Mail and the Nottingham Post. I also spent a while in London 'shifting' for national titles including The Daily Mail, the Mail on Sunday and Daily Star and the Sunday Times. In this nomadic existence you would receive a phone call when they needed extra resource, or if a journalist had called in sick, and you'd hurtle in to the office to do a day shift or more in the newsroom.

In 1999 I was offered the chance to work on a special project for Northcliffe Newspapers, helping to launch a new website for, and about, regional journalists. It was called HoldTheFrontPage. At the time I thought I'd do this for a few months and then go back to a 'proper job' in newspapers. But once I started writing for the web I was hooked. No longer was I constrained by print deadlines. We could update a website at any hour of the day or night - and we did.

I spent the next 10 years working on a range of digital projects for Northcliffe and its national division the Daily Mail and General Trust group. You can read more on my LinkedIn profile about the websites I worked on and the awards my teams and I won.

The last piece of the jigsaw came in 2010 when I started my own company - Caittom Publishing. Now I work for a wide range of clients in the private and public sector providing writing and editing services to help them make their chosen audience think, feel and then take action.

It's still all about storytelling. To reach and influence the people who are your ideal audience you need to tell them engaging stories on your website or blog, in a newsletter or on social media channels. That's what I love helping my clients to do.

Since I was 18 I've been so fortunate that no two days of my working life have ever been the same. There's never been anything routine or predictable in my working life. I am one of those fortunate people who love what I do so much that it doesn't feel like work at all. It's just my life - and I wouldn't have it any other way.

New comments are not allowed.